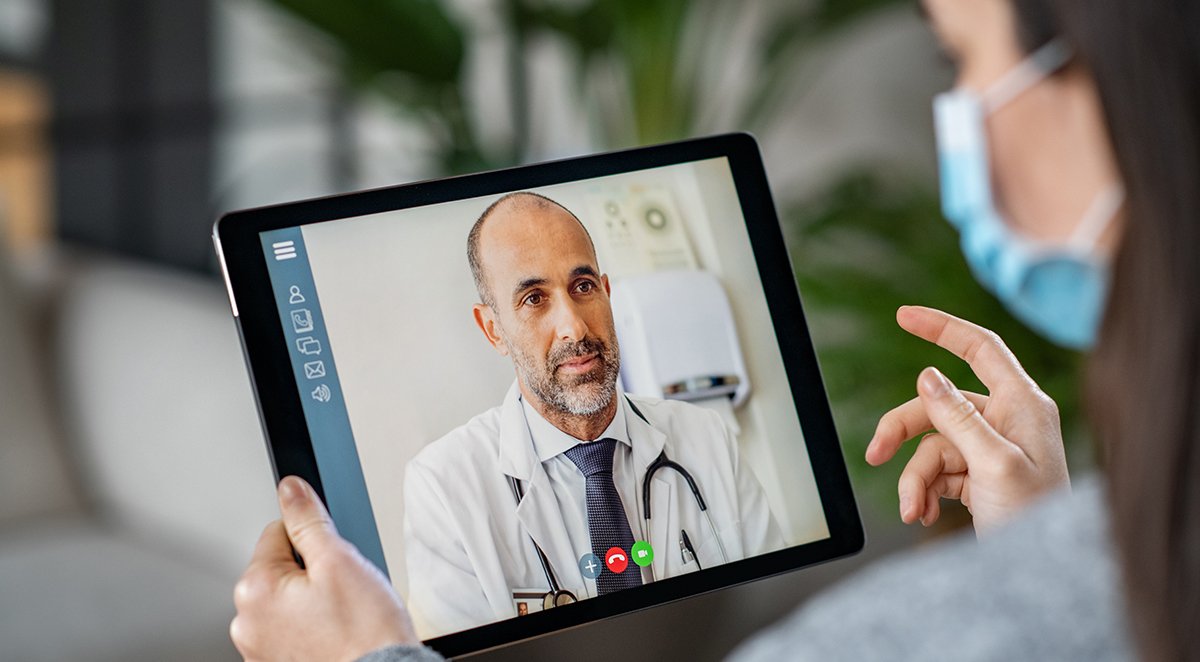 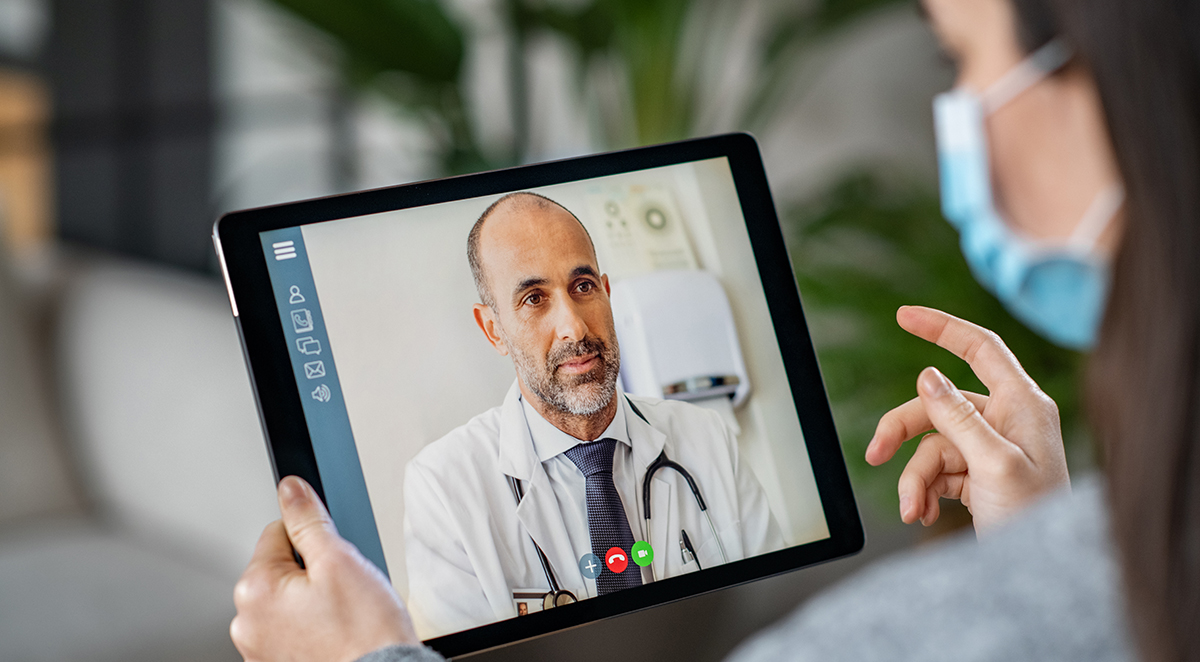 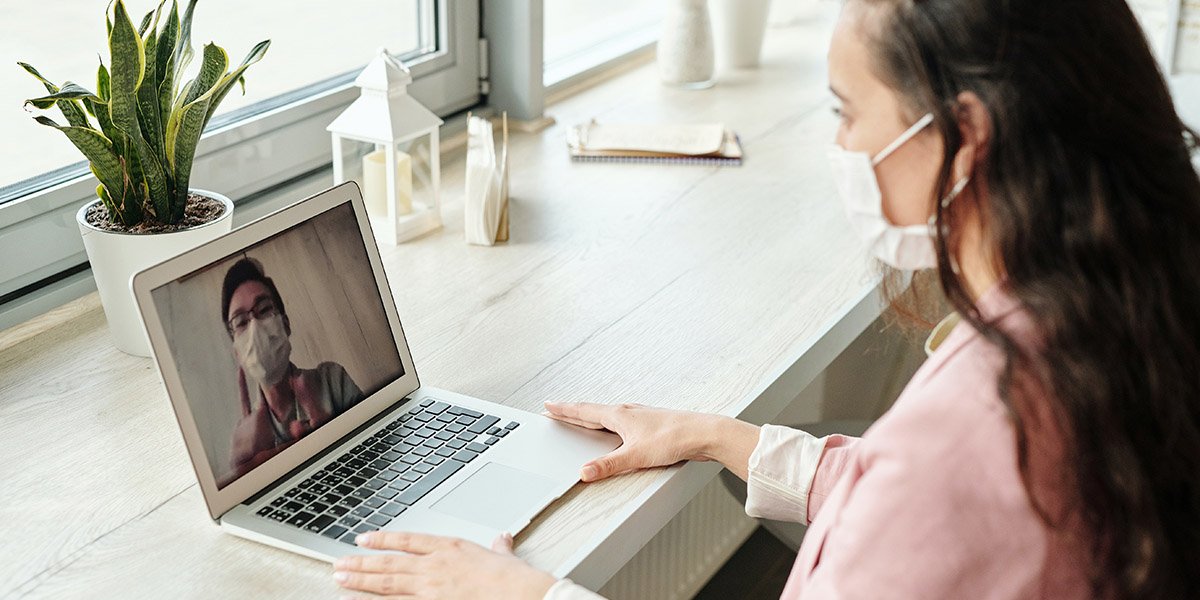 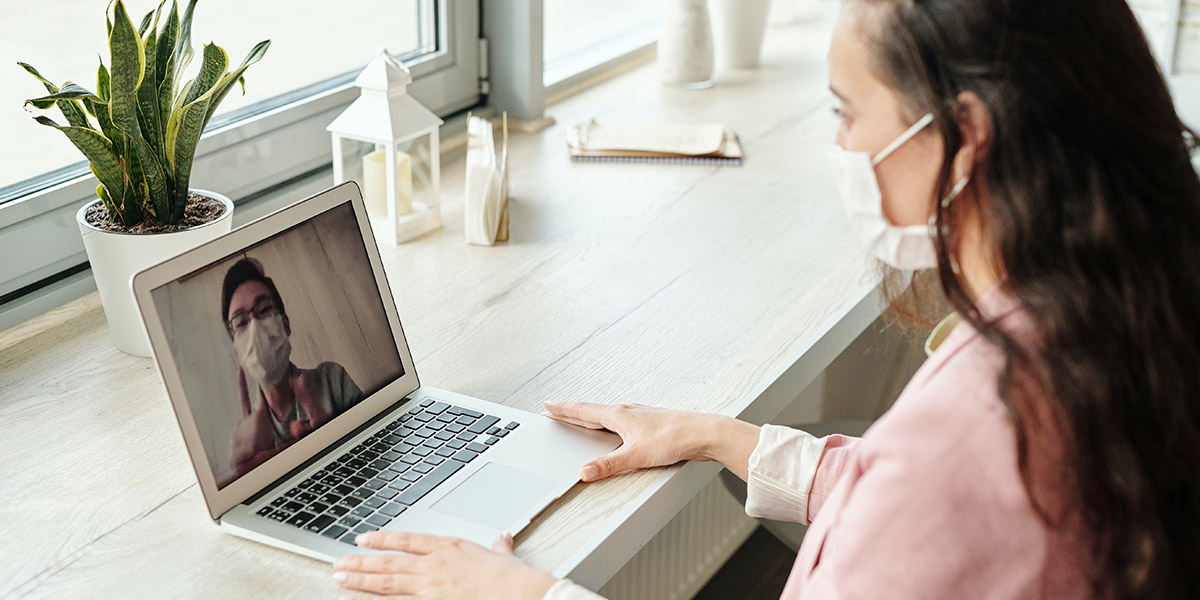 It’s been a trend that’s been talked about and predicted to increase over the last decade, but it wasn’t until the world was hit with the COVID-19 pandemic for telehealth to really take off. The healthcare industry saw an unprecedented rise in telehealth amidst the pandemic, and this trend will continue, according to industry leaders at the Value-Based Care Summit | Telehealth20: Virtual Series. 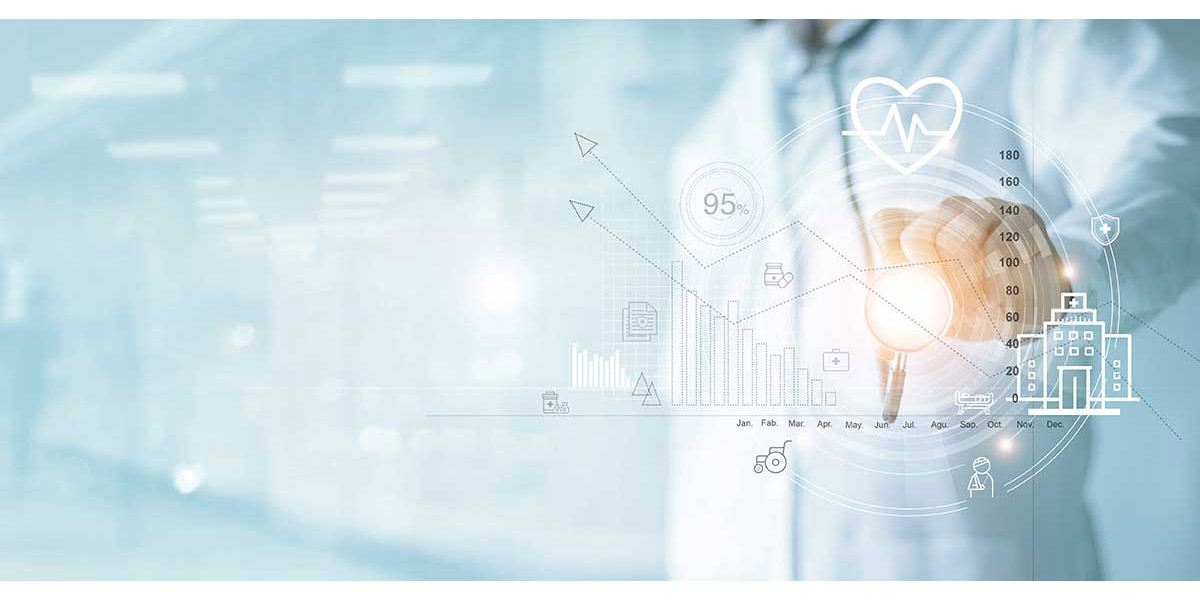 As the United States prepared and responded to the COVID-19 pandemic, healthcare patient volumes drastically decreased, beginning in the second half of March. Elective procedures were postponed and telehealth skyrocketed resulting in record low healthcare visits.

The Decline
Operating room minutes fell 61% compared to April 2019, which is more than triple the declines seen in March. And, surgery room volumes saw the biggest declines, which was expected given the halting of elective procedures.

With the exception of New York City and San Francisco – two of the largest COVID-19 hotspots – health systems across the country experienced an average decline in patient volume of 56% between March 1, 2020, and April 15, 2020.

The COVID-19 pandemic could cost Medicare between $38.5 billion and $115.4 billion over the next year, according to a new analysis from the National Association of ACOs (NAACOS).  Officials at NAACOS noted that the final number will depend on factors such as severity of disease and hospitalization rates.

A recent analysis from Strata Decision Technology found that hospitals, on average, will lose about $1,200 per COVID case and up to $6,000 to $8,000 per case for some hospital systems, depending on their payer mix.

A big reason for the estimated loss in revenue is due to the margin lost from elective inpatient services deferred as hospitals make room for more COVID-19 patients. Elective cases are the primary source of revenue for many hospitals, allowing them to take a loss on certain other services while remaining profitable.

This reality is troubling for all healthcare institutions, but is especially worrisome for rural hospitals that were already facing financial hardship before COVID-19. Recent research from the Chartis Center for Rural Health found that more than 450 rural hospitals are vulnerable to closure. This will be a serious issue for state legislators because if these hospitals close, not only will they will lose the ability to respond to future pandemics, they’ll also lose an economic anchor because businesses typically won’t locate in an area without a hospital.

Digital transformation may boost waning margins. A Black Book survey from last year showed that most CFOs and senior finance leaders (86%) who automated key financial processes at their hospital or health system reported a “substantial” return on investment.

According to a recent Black Book Research Survey, all of the healthcare CFOs asked said they expect their organizations to experience a significant revenue decline this fiscal year, which will prompt them to adjust budgets and spending in 2020. However, only 12% of senior finance leaders said they will need to reduce or defer spending on digital transformations for their financial systems.

“It would seem most CFOs understand what the pandemic has proved is the need to speed up digital transformation initiatives to not only survive but to prosper in the new normal,” stated Doug Brown, president of Black Book Research. “For CFOs eager to expedite their organization’s digital transformation, the standardization and simplification leaders want in their back-end processes are allowing for less complicated, faster adoption despite the times.”

Since the pandemic, healthcare organizations have taken stock of their financial technology. In recent months, 84% of hospital finance leaders and 79% of leaders at large physician practices have confirmed they performed audits on the state of their digital transformation.

A majority (93%) of those respondents identified missing capabilities, redundant technology, or conflicting systems. Optimizing the digital transformation of financial systems, however, could drive rationalization and acquisitions, the survey stated.

About 81% of responding healthcare CFOs and senior leaders said the absolute and immediate need for technology implementation and optimization is essential for the long-term survival of their organization.

Despite these statistics, in 2019, only about 20% of healthcare CFOs and senior finance leaders said hospital financial automation has reached a quarter of their processes.

If you work in one of the majority of healthcare institutions that hasn’t fully automated manual revenue cycle processes, now is the time to start evaluating.

Let’s Take on the Revenue Cycle Together!

With deep industry expertise and technology delivered through person-to-person contact, only Quadax gives RCS professionals the freedom to consistently add value to their company. Our clients spend less time fixing problems and more time pursuing the opportunities that move their organizations forward. Going from what feels like spinning your wheels to driving excellence in your organization — that’s the real value in partnering with Quadax.

Contact me today for more information on how you can start maximizing your net collections NOW. 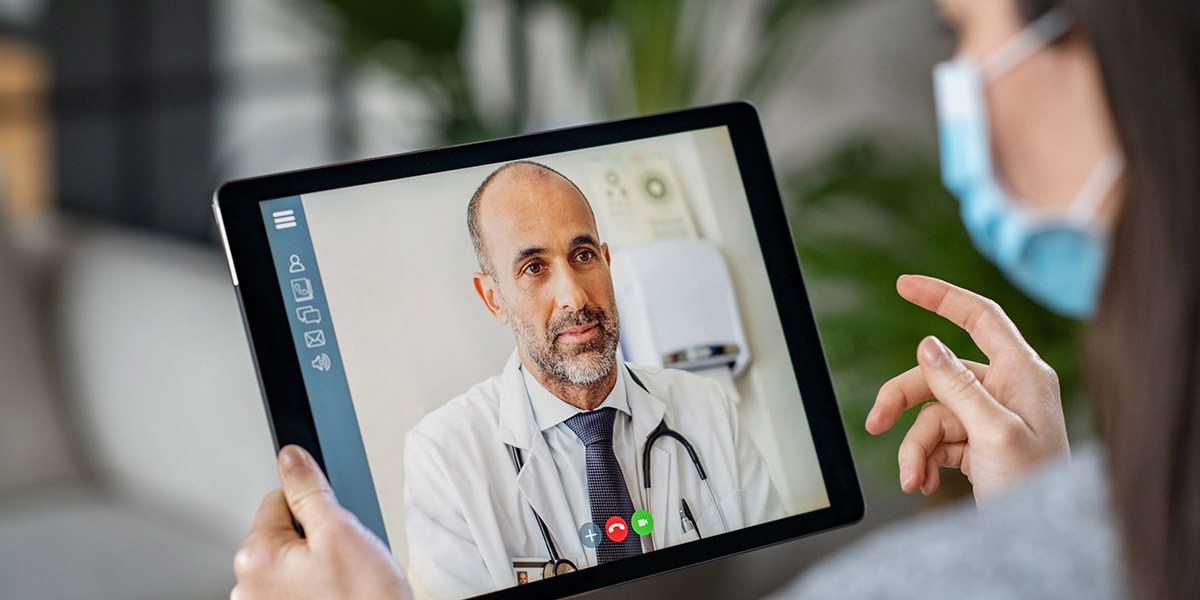 Recent adoption on the provider side

According to the American Medical Association (AMA), only 28% of doctors reported using telemedicine in 2019, which was about double the figure for 2016.

But now, as the result of a global pandemic, telemedicine startups in the United States (i.e., Amwell, Doctor on Demand, Ro, and 98point6) have reported an unprecedented surge in use as patients are told to avoid going directly to the ER if they do not have severe symptoms.

According to a March 2020 SSCG Media Group study, 53% of the healthcare practitioners surveyed said they were using telemedicine because of the restrictions imposed by COVID-19, but they had not used telemedicine prior to this pandemic.

Recent adoption on the consumer side

On the consumer side, a November 2019 Cheddar survey conducted by YouGov found that only 12% of United States adults had used a telemedicine app, and roughly the same (14%) said they had never heard of telemedicine apps or websites. But nearly two-thirds were at least somewhat comfortable with the idea of receiving medical consultation over the phone or internet, citing convenience (53%) and cost (44%) as reasons to do so.

A McKinsey & Company study fielded in mid-March this year found that one in three respondents canceled upcoming medical appointments due to COVID-19. Roughly the same percentage (30%) said they would be interested in providers that offer online/video visits with a physician.

Between February and March 2020, the number of US adults who reported the desire to use telemedicine rose from 18% to 30%, per CivicScience data. In February, about one in 10 said they had tried telemedicine, growing to 17% in March.

“There were three barriers that impacted the lack of adoption, or the slowness of adoption, before the pandemic hit. We saw cost … availability … and then we also saw relationships playing a factor,” said Forrester analyst Arielle Trzcinski.

Those barriers were immediately knocked down once a national emergency was declared, due to COVID-19, and people were discouraged from leaving their homes for non-essential reasons.

The cost barrier was also broken down when the Centers for Medicare and Medicaid announced that they would pay the same rates for virtual visits as for in-office appointments. Regulations allowing the use of mobile devices for virtual visits were also temporarily lifted.

So, will it continue?

Telemedicine should continue to be used long after the COVID-19 pandemic is over for many reasons, but most importantly, to limit the number of sick people in a hospital setting to avoid spreading illnesses. In Ohio, 20% of positive COVID-19 cases were healthcare workers. We need our healthcare workers to stay healthy, so defaulting first to a virtual visit will help that effort.

Second, the cost of treating people virtually is much less than caring for them in a hospital setting. According to medical news site STAT, UnitedHealthcare estimates that a telemedicine session costs less than $50. That’s a much more affordable alternative to a possibly unnecessary visit to the emergency room—which could cost more than $2,000.

That being said, the main reason telehealth has skyrocketed is because of the relaxed CMS regulations. “We’ll likely need a legislative change for these changes (the reliance on telemedicine) to be permanent,” said Carrie Nixon of Virginia-based Nixon Law Group, who has been following the telemedicine space for years. “There will be more of an impetus now. Once patients have had telehealth, it’s likely they won’t want to go back.”

How does Quadax fit in with this trend?

Many of our clients have launched telemedicine over the last couple of months. We are helping them understand eligibility much faster. They are getting a response in seconds rather than waiting on hold for 13 minutes to confirm a patient’s eligibility.

In addition, XpressBiller, our powerful claims rules and edit engine, is designed to allow clients to build custom converts and edits they are unable to make in their HIS system to help detect, assign, correct, and minimize errors in real-time before the claim is released to the payer. It can easily add modifiers for telemedicine before submitting your claims.

We can also provide you the tools you need to analyze all of your data to determine what is causing denials and what needs to be addressed to maximize your net collections.

We’re all in this together. Stay healthy and well. 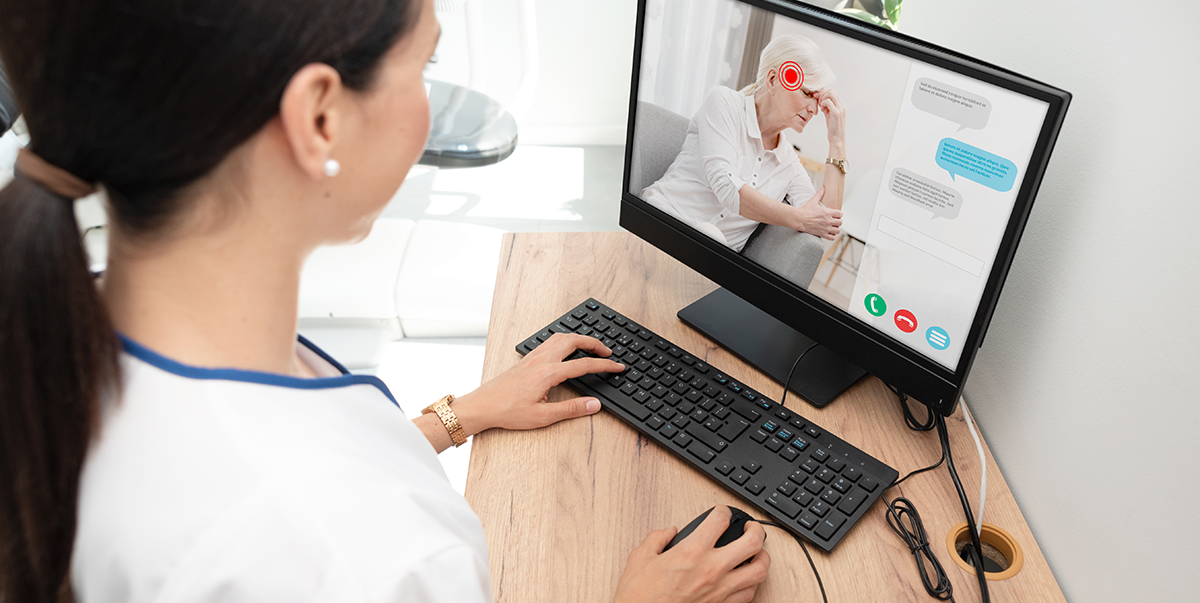 As we work our way up the COVID-19 curve and expect confirmed cases to rapidly increase, healthcare providers are looking at telehealth in an effort to keep patients in their homes.

In an attempt to keep you informed, we wanted to provide some basic information on Medicare changes regarding telehealth. For up-to-the-minute updates, visit the Center for Connected Health Policy documents for all state-related actions around COVID-19.

Here are some of the Medicare changes and what they mean:

An originating site is the location where a Medicare patient receives telehealth services. With some exceptions, prior to the waiver, Medicare eligible originating sites were defined as the following facilities:

Under the new emergency declaration and waivers, a patient’s home (or any location) is now an eligible originating site.

The claim’s Place of Service should be billed as 02-Telehealth to indicate that the billed service is a professional telehealth visit from a distant site.

You should first check with your EHR/PM system to determine if they have an integrated telehealth solution.

If they don’t have a recommended solution or you want to start immediately, Zoom is a HIPAA-compliant platform that providers can begin using TODAY to see patients via telehealth.

How to Engage Patients

The concept of telehealth is relatively new to patients, so it’s important to have a strong patient engagement strategy to create awareness and adoption of your services.  This strategy should include mass patient broadcasting, patient portal communications, online scheduling, etc.

By implementing telehealth and strong patient engagement, your facility can find opportunities to avoid cancellations and bring in additional revenue while complying with stay-at-home/social distancing orders.

We hope you are all well and stay well.